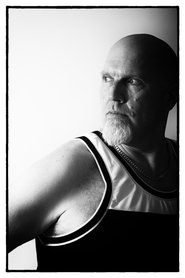 I am Haigreen, born in Amsterdam in 1964. After a happy-go-lucky childhood I began my study Medicin at Amsterdam University (AMC). Unfortunately that didn't turn out the way I hoped and expected.

After some time as a truckdriver, roadie and security officer at Amsterdam airport I became a tour leader and freelance journalist in the Middle-East.

Syria, Lebanon, Jordan and Iran in particular I visited frequently for longer stretches of time between 1994 and 1998.

After that period I have been working as a Systemengineer (MCSE) in several companies, and since 2009 as an independent entrepeneur.

That provided me the resources to invest in environmental care, a recording studio, my music career and to serve as PA for Dream Theater's James Labrie during 2015 Ayreon's Theater Equation.

I was immediately caught by Queen the first time I saw "Killer queen" on TV. Especially Freddie made a huge impression on me as a 10-year old, not realizing that encounter would impact me until this very day.

One of my first singles - vinyl, of course - was "This town ain't big enough" from the Sparks. Apparently melody and extravaganza are genetically determined, as my parents had not much to do with music.

I began to play the guitar when I was 15 years old. Early influences were guys like Ritchie Blackmore, Michael Schenker, Eddie van Halen and of course Brian May.

Not particularly todays hyperspeed heroes. Instead guys that know how to hit just the right notes. "Unleashed in the East", "Strangers in the night" and "Rainbow on stage" were permanent residents of my record player.

That is how I developed myself to be a steady rythm guitarplayer, as well as a flamboyant lead guitarist. Odd-time signatures are in the blood.

Until January 2017 I played guitar and backing vocals in the progressive metalband Synergy Protocol. The highly acclaimed debut-CD from 2016 is called "Odd to get even".

With Kingfisher we released our CD-debut "The emptiness outside of me" in Nov 2016.

Playing in bands I always experienced as very inspiring and enjoyable. Every band made me reveal parts of myself: the funky bits in BeatsPM, the stoner side in Two Buck Chuck,

the progressive part in Synergy Protocol, the poprock piece in Short Fuse or the symphonic style in Kingfisher. I am truly grateful for all the amazing musicians I got the chance to work with throughout the years.

And although I could express part of my songwriting in some bands, it would never let me explore my own style to the full. It was time to publish my own songs as a one man project.

That was easier said than done: guitar and bass shouldn't be a problem and although I recorded basic drum parts by triggering my playing, the more complex stuff could and had to be improved by the magic of DAW.

Keyboards likewise. But how about the voices and harmonies?

As I always sang backings in all the bands I ever played in, conviction grew I should be able to pull it off myself. And although I certainly don’t consider myself to be a singer, the end result turned out to be quite satisfactory.

Due to the fact that the music is so diverse, catching it on one single album would not appeal to most listeners.

Besides that it would be quite difficult to promote the album at specific platforms, labels or radio stations. As there was plenty of material worked out, I decided to split up my repertoire into three different albums:

the First - a pop album

the Second - a progressive rock album

the Third - a rock album

Available as streams and digital download through all regular channels (Spotify, iTunes, Amazon), on CDBaby and also as physical CD by mailing me.

My biggest hobby is obviously music. Furthermore I love to travel. Besides the Middle-East, I visited many countries in Europe, Canada, New Zealand, various parts of the United States and Africa.

To Egypt I mainly went for diving in the Red Sea. I have PADI OWD and AOWD. Purpose of my travel is usually enjoying nature but also visiting rock-shows or a Formula 1 race. So there is another hobby.

For compensation I drive a hybrid car, have solar panels, own a windmill and try to act as environmentally aware as possible.

Sound and recording engineer, live or in the studio

Roadie or guitar technician, for any band, in any country, during any period

Truck or bus driver (all applicable licenses available), for bands, temporary or permanent, Holland or elsewhere

DJ for weddings, company parties and birthdays with 70'ies, 80'ies and more recent dance music. Expect a feast of recognition.

Any questions? Please mail me here 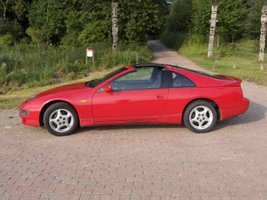